Now, I can’t help but feel that the gaming scene has a bit of an identity problem.

As soon as someone somewhere dares to criticise it, gaming forums across the land scream out in terror, in fierce defense.

And who can blame them? 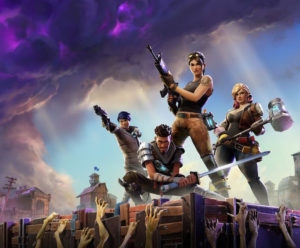 This is the second golden age of gaming, it’s been almost 40 years since the release of the first successful home video game and surely it’s about time the mainstream media took the biggest and most profitable entertainment industry in the UK a bit seriously.

Well, I’ve been thinking about it and I’ve come to the conclusion that the whole scene doesn’t do itself any favors and at times I think to myself that it’s no wonder there are some elitists out there that are so quick to dismiss it all.

For a start, take a look at the way some games market themselves.  With publishers going to extreme measures to make sure that their game scares the public and gets the headlines, or even better, discussed in Parliament.

Ask yourself this, was it really necessary that No Russian was a playable level in Modern Warfare 2 or could the story had been told via a cutscene?

Why are companies advertising popular games with condescending slogans like “your mom will hate it” – it’s insulting to gamers and it’s just asking for everyone who isn’t interested, to roll their eyes and mutter ill-advised comments under their breath about how childish that game must be? It’s been rated 18+! How many 18-year-olds do you know that are concerned about what their own mothers think of a video game?

Again, the advertising for your average high street games shop doesn’t do justice to the punters.

A quick look round the Internet and you might stumble across an advertising campaign for a major store which boldly says “Talk to the gamers”, above a mixed bunch of nerds, emos and those bikers from The Lost and The Damned.  It looks like someone has taken a bunch of My Chemical Romance rejects and photoshopped them onto the Usual Suspects poster.  Now, I’m not saying everyone who works for this store is a weirdo freak, but with advertising like that, it gives the image that most gamers are social outcasts – which they’re not.

Finally, there is a celebrity endorsement.  Nobody gives monkeys if Ant and Dec want to play their DS games with a bunch of cabbie. Nobody cares if JLS enjoy playing Donkey Kong together and finally, nobody cares if Vernon Kaye is addicted to video games.  Put the iPhone down, leave those Angry Birds alone and get back to family fortunes.

Take a look at the movie industry. It’s nowhere near as desperate – some will say that’s up for debate. But when an inexperienced MP calls for a film to be banned it doesn’t get every other film fan in the land demanding that the MP resign. Most of them just ignore it and get on with their daily business.

Maybe I’m getting old and miserable, but if the gaming scene is to be taken seriously by the mainstream masses, then the whole scene needs to grow up.  From the over defensive purists to the controversy-courting publishers.

Until that happens, all your daytime television pundits and tabloid journalists are going to present the gaming industry as a threat – it gains them attention and it sells newspapers.

Unfortunately, though, the way some of our gaming peers behave, it makes us all an easy target and they’re the real threat to our great hobby.

So Microsoft had their e3 conference this evening and as expected, it’s evident that Microsoft are intent on cracking the casual market.

As entertaining as it was, I still don’t understand the industry’s fascination with getting gamers off their sofas and onto their feet.  Nintendo has tried this and ultimately failed.

Ask any gamer, who owns both a wii and another console what machine they play the most, and the chances are they will say the other console.

So with most wii’s gathering dust, it astounds me that both Sony and Microsoft are so preoccupied with getting gamers to be more active.

The sad truth of the matter is, for the most part, we don’t want gaming to be active.  After a long day at work, the last thing I would want to do is jump around like a moron and have our photos taken whilst playing Kinect Adventures.

Don’t get me wrong, the technology on display was very impressive and I’m looking forward to seeing how the market will develop.  But at the same time, you can’t blame me for being the tiniest bit apprehensive.

Take a look at the wii-motion plus.  As soon as it came out, it was completely forgotten, with only several games taking full advantage of it.  Not even Nintendo’s latest flagship game, Super Mario Galaxy 2 bothered.

I hope I am wrong, I really do, but judging by the fact that only 3 third-party developers (Ubisoft, Harmonix, and Lucasarts) were showcasing their products at the conference, I am not holding my breath.

Having said that, Harmonix’s Dance Central looks like it has a lot of potentials to become a popular party game, much like Sing Star and the Rock Band series.

But other than that, nothing grabbed me.  Not even the untitled Star Wars game – from the footage on display, it lacked pace and looked both cartoony, and dare I say it, a bit wii like.  And I’m a big fan of Star Wars.

Come to think of it, most of the games on display looked like a high definition upgrade of the Wii’s back catalog.

There was Kinect Joy Ride, a cartoonish avatar-based racing game that looked like Mario Kart. There was also Kinect Sports, an idea not inspired by Wii Sports at all and finally, something called Kinectimals – an animals game, aimed squarely at the younger audience.

To be perfectly honest, if this is the future of gaming, I’m gonna have to find myself a new hobby.  It all sounds like too much physical work for me.

Mind you the idea of talking to my Xbox is oddly entertaining.

Saying “Xbox…” followed by the command, the Xbox would then perform the task.  And by the time the ESPN anchors found themselves on stage, I was uttering “Xbox: skip to the end”

Kinect stuff aside, other highlights included Metal Gear Solid: Rising – which looked absolutely batshit mental, featuring footage plenty of sword-based carnage and a random act of violence against a van.

Mark Lamia from Treyarch showcased a few levels from the upcoming Call of Duty: Black Ops.  Starting off with a level set in a tunnel armed with only a revolver, the grim realities of war were still visible – blood stains, random torsi etc.  The next level on display involved the hijacking of a helicopter and flying it through a valley in the jungle, whilst bombing enemies, bridges and convoys.  Looked quite promising.

Halo Reach was also demonstrated, showing just how epic games on the 360 can be.  Featuring a sequence on a beach with covenant drop ships plummeting to the ground – it all looked particularly impressive.

The team from Epic games demonstrated Gears of War 3 by running through a level in 4 player co-op – looks like it could be great online fun.  They also revealed that the game will feature a new mode, called Beast.

At the end of the show, Microsoft had one more surprise in store.  A new X-box 360 – smaller, wireless and the same price as the current one.  When is it out?  They ship this week.

How to Use a Hammer Drill
When you need to create a hole with a wall or a solid surface, something such as a drill hamer is, of course, the best tool for this type of job. The reasoning is due, to having the ability to push and pull motion factor. They are very efficient going through ...